Get real time updates directly on you device, subscribe now.

The lawmaker representing Suleja/Tafa And Gurara federal constituency in the House of Representatives, Hon Abubakar Lado Suleja has shared out N50m as Ramadan gifts to friends and associates.

It was learnt that the lawmaker brought the huge money in cash and distributed it on Tuesday to some of his political associates.

It was further gathered by AFNews that those present at the event got varying sums of money ranging from N100,000 to, N200,000 while some got as much as N1m. 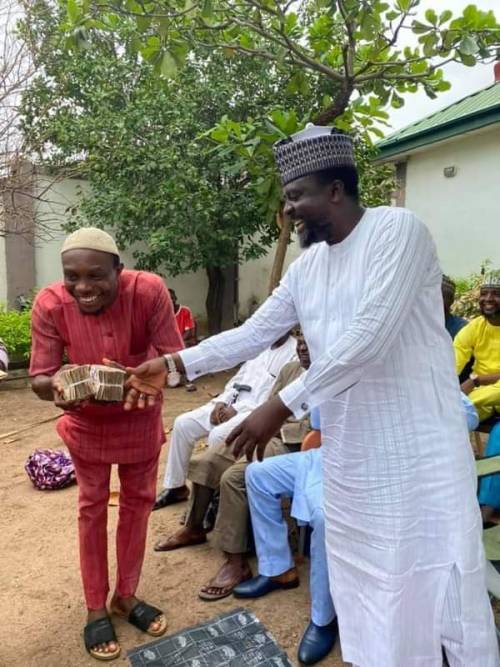 The money was reported not to be targeted at any empowerment scheme or economic project but the lawmaker requested photographers to capture the moments for him on camera. 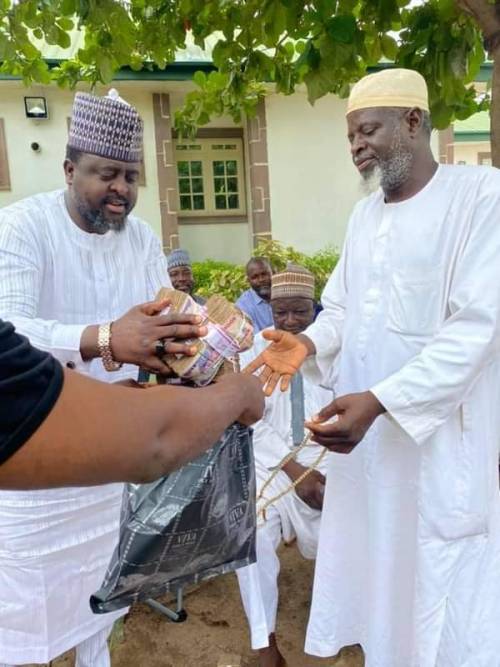 However, a source quoted the lawmaker to have said the money is to show appreciation to his followers for their loyalty.

[VIDEO] See How Students in surprise as boyfriend rain cash…

“Lado said It was necessary for him to pay loyalty with royalty. He said the money was to thank his people for their patience and loyalty. He said he particularly chose the Ramadan period to be able to repay them in full. The cash disbursements were given to beneficiaries as follows: N1million, N500,000, N300,000, and N200,000,” a source said.

DID YOU SEE THIS:  Mike Davids Apologises To Apostle Suleman Over S-exual Allegations

Meanwhile, the Governor of Imo State, Hope Uzodinma, has been blamed by the Imo State Chapter of the Peoples Democratic Party (PDP) for the security challenges in the state due to his supremacy battle.

The opposition party stated this during its capacity building session held on Tuesday at the party’s Secretariat, Okigwe road Owerri.

The Chairman of the party, Charles Ugwuh in a statement released through his deputy, Martin Ejiogu, said the All Progressives Congress in the state lacked acceptability with what is happening in the state.

Ugwuh accused the state Governor of being overwhelmed with fighting for supremacy at the expense of the Imo people.

Get real time updates directly on you device, subscribe now.